Russia is a mighty space power and the Moscow Aviation Institute is known all around the world, Governor Shen Xiaoming noted 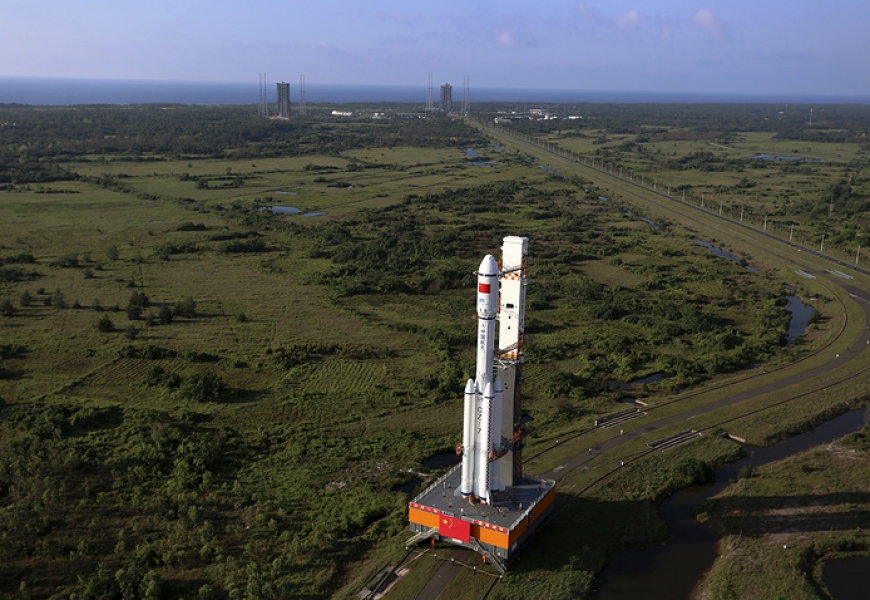 Russia is a mighty space power and the Moscow Aviation Institute is known all around the world, Governor Shen Xiaoming noted

HAIKOU (China), July 11. /TASS/. The government of the southern Chinese province of Hainan is inviting Russian agencies, enterprises and higher educational institutions to cooperation in the sphere of aviation and space exploration, Governor Shen Xiaoming told TASS on Wednesday.

The regional authorities are ready to create a specialized Russian-Chinese center on the province’s territory, the governor said.

"As you know, China’s youngest and at the same time most modern cosmodrome Wenchang is located on the territory of the province of Hainan. We know that Russia is a mighty space power and the Moscow Aviation Institute is known all around the world. For this reason, we are ready to develop cooperation in the field of cosmonautics and space," the region’s head said.

‘If Russian higher educational establishments, research centers, R&D institutes and enterprises operating in the sphere of cosmonautics and aviation are ready to cooperate with us and, given a large number of projects, we are ready to create a joint China-Russia center for cooperation in space and aviation technologies. We are ready to allocate a land site for creating such a center," the governor said.

The Wenchang is one of China’s four spaceports. The construction of the cosmodrome’s basic infrastructure was completed in 2014. The spaceport is located close to the equator, which facilitates the launch of heavy carrier rockets from it. The Wenchang spaceport will be used for the launch of modules for the Chinese space station and in Moon exploration missions.