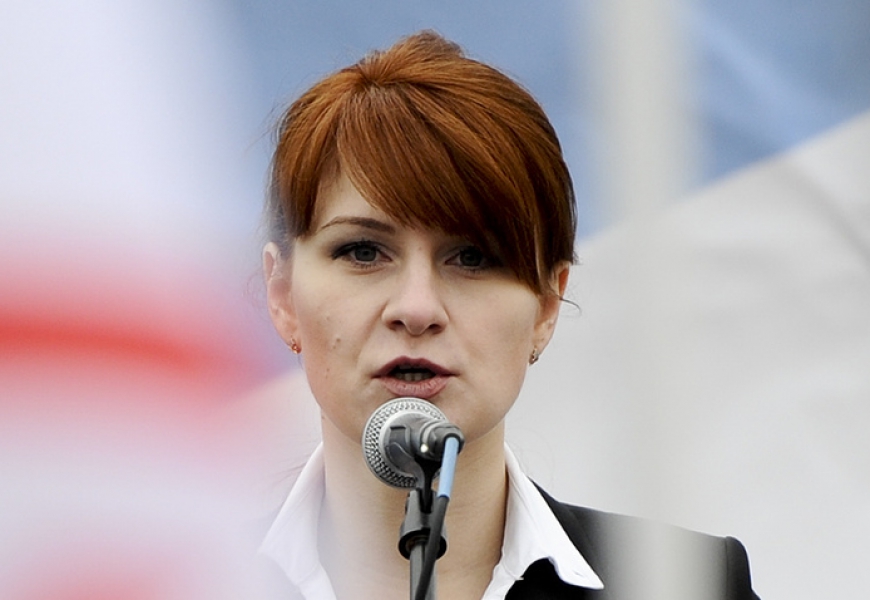 MOSCOW, July 18. /TASS/. The arrest of Russian national Maria Butina in the United States was timed to cripple the summit between Russian and US leaders Vladimir Putin and Donald Trump in Helsinki, Russian Foreign Ministry Spokeswoman Maria Zakharova said on Wednesday.

"What should not go unnoticed is that all this happened shortly before the bilateral summit in Helsinki, of course, with the obvious goal of diminishing its positive effects," Zakharova noted.

Moscow believes that Washington’s allegations against Russian national Maria Butina are groundless and it will do everything possible to protect her interests, according to Zakharova.

"We were alarmed to find out that Russian national Maria Butina had been arrested in the US on July 15," she said. "Judging by the documents published on the website of the US Department of Justice, she is being charged with illegal activities as a foreign agent. Such far-fetched allegations against our fellow citizen seem strange," Zakharova stressed.

"For our part, we are taking all possible measures to defend the legitimate rights and interests of the Russian citizen," the diplomat pointed out.

It seems that Butina's arrest is a political put-up job, Zakharova asserted.

"It seems that the FBI is conducting a political put-up job instead of carrying out its duty to fight crime," she said. "We understand that some powers seeking to whip up anti-Russian hysteria are behind all this," the spokeswoman emphasized.